Finding Your Philosophical Statement: The Principle Thing in the Marketplace
Just one thing has got me tripping.
— Amerie

These days one hears talk about the marketplace in the strangest places. For example, amongst the most intense movements on the fringe of Global Christianity you’ll hear about the marketplace. Also, across the spectrum into the planning rooms in the pinnacles of Arab Islamist wealth you can hear talk of the new ‘Jihad economics’, fighting for the Islamic way of life not with mortar rounds but corporations like Al Jazeera, Emirates and other emerging global leaders. “Talking about a revolution in sounds and whispers” as Tracey Chapman so eruditely sang. Whether it’s politics, religious circles, special ethnic or cultic interest groups or alternate lifestyle crusaders, the focus for today’s battle for supremacy, for power and influence, is indisputably the marketplace. Even where the pen is recognised as being mightier than the sword, the pen is urged to resort to the arena of the marketplace to find its might. Maybe it’s the days we’re living in.

In the middle of this year, I had the good fortune to hear some of the latest ideas of David Paul Mavia of The Kairos. He spoke about the “needful thing” and the “lacking thing”, proposing that in almost every arena of endeavour there’s a “one thing” that if done, guarantees accomplishment of the objective. Pointing out that this “one thing” leads to other things or opens up into other things, he suggested that when the one thing is lacking, no matter what other things are done, the goal will not be attained. He urged then, that individuals take time to look for their one thing.

This idea echoes of Kierkegaard’s “To Will One Thing”, where he suggests that one ought to look for that one thing that defines her or his life, the one central defining principle for the individual. I would extend this idea not just to individuals but to collectives as well and to every kind of enterprise. Perhaps a group gathered around the pursuit of an objective have no defining principle. In such a case there is some sort of amorphous or unspoken philosophical foundation for the gathering but because it is unarticulated it comes through only through the groups culture and actions. By this I mean to say that every individual and every group has some sort of philosophical compass but these are rarely conscious or deliberate, and for this reason inconsistency and inability to reach conclusively for the objective occurs. In other words to borrow from Mavia’s idea, they do everything but the one thing and so end up at nothing.

The Nature of the Marketplace

So based on this idea of one thing, a principle or needful thing, let us examine the marketplace. The nature of the marketplace if simplified and abstracted is one of supply and demand. Wherever supply and demand meet and exchange takes place can be identified as a market. Further, we can say that the marketplace is the broad or general sphere where these kinds of economic activities of supplying, demanding and exchanging take place. Of course today’s marketplace has no physical location; the market reality envelops all of life or human experience. Today’s market is virtual or physical, uses monetary or non-monetary currencies[1] and happens wherever communication can occur, and in the digital world we live in, that is nearly everywhere. So the marketplace isn’t a place, it’s a way of thinking where exchange is welcome. However for our purposes we’ll limit our examination to the commercial aspect of the market – the marketplace of economic exchange. This is what most people will mean by the word ‘marketplace’.

The marketplace, commercially speaking, is where value is exchanged that can be directly translated into monetary terms. Skills, gifts, knowledge and insight are traded (exchanged) in this arena every day. Much human ambition today pegs its hopes on this arena of activity. It is the true ‘Field of Dreams’.

The Necessity of Transcendental Intrusions into the Market

The nature of the commercial or economic marketplace is buying and selling or demand and supply. For there to be a market in today’s realities, demand and supply must meet and agree on exchange. For this reason, the market is a de facto closed system with decision and direction governed mainly by the presence of demand. Where there is no demand the whole market system falls. Demand calls out supply and profit occurs in the gap between cost of supply and exchange price. The system is locked in a dance of death where demand-creation becomes the primary source of growth. For this reason, the marketing function is glorified and even deified: advertising makes something out of nothing – demand is created and subsequently the market grows.

The market then becomes a spiritual power, a pseudo-god, with marketers as its high priests and prophets. It is global mass-media marketing that speaks things that are not as if they were and gives life to the dead. This secular deity operates by its own logic of glory, fame and the bestowing of fortunes in the marketplace. In return the Market controls everyone in its domain by forcing obedience to demand. The customer is king. And the heart of the king is in the hand of the god through its mouthpiece, mass-media marketing. Any deviation from the will of the demand side is punished with economic failure, shame and infamy – one becomes a pariah of the Market. This closed system, therefore, allows no freedom to the people who operate in it. It has internal laws and these must be followed.

This introduces the necessity of what we can identify as ‘transcendental intrusions’. Every closed system operates by its own internal logic, and this internal law directly translates into the tyranny of the system’s deified principle. For human beings then to subvert and bring into submission these closed systems – such as the Market and the marketplace – they require a logic superior to the internal law of the system. This can be identified as a transcending logic, a logic that intrudes from outside the system. It is precisely this transcending logic that becomes the one thing with respect to the marketplace. To repeat: the principle thing or needful thing for anyone operating in the marketplace is a logic from outside the system of buying and selling, a logic that supersedes the dominion of demand in the Market.

This one thing or needful thing differs for different individuals or groups but can always be summarised as a guiding logos or ‘governing statement’. We can go further and say we’re talking about a philosophical statement, because as we’ll see, this statement is always an argument or reasoning that claims to pull down the imaginations and high things of the deified Market. Every triumphant economic endeavour has discovered just such a guiding logos as we’ll see below in the examples, and for different enterprises the statement is different. In every case though, the statement is “non-economic” if you like – it’s a statement of belief, of philosophy.

[1] Sometimes we pay, not money but attention. Other currencies are time, sweat, blood, tears and other fluid or liquid human capacities that can be exchanged and valued. Every true exchange in ‘the marketplace’ is an exchange of estimations of human value. Every glory is capable of ‘market-isation’ or commercialisation, that is, capable of being bought and sold.
(Visited 16 times, 1 visits today) 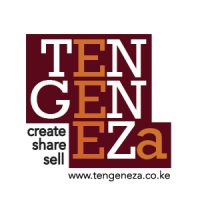